Skip to main content
"A life without beauty is only half-lived."
- George Booth, Cranbrook Founder

Cranbrook House was the family home of Cranbrook’s founders, George and Ellen Booth, from 1908 until 1949. Today, the estate serves a dual purpose: Its gardens, works of art and first-floor treasures are preserved as a testament to the Booths' gracious lifestyle, their interest in landscape gardening and their involvement in the American Arts and Crafts movement. Its upper floors house the executive offices of Cranbrook Educational Community, the world renowned National Historic Landmark cultural center the couple created on the grounds of their country estate.

As metro-Detroit’s oldest surviving historic manor, Cranbrook House has a long and illustrious past. Its story begins with the marriage of the Booths on June 1, 1887.

George Gough Booth (1864-1949), a native of Toronto, was an owner of a successful iron-working company in Windsor, Ontario, when he wed Ellen Warren Scripps (1863-1948), the eldest child of James Edmund Scripps, the founder of the Detroit Evening News (known today as The Detroit News).

The young couple took up residence in a lovely home built for them on Trumbull Avenue in Detroit. There, the Booths raised five children - James, Grace, Warren, Henry ("Harry") and Florence - in a tasteful urban setting that included private gardens and interior furnishings of George Booth's own design. 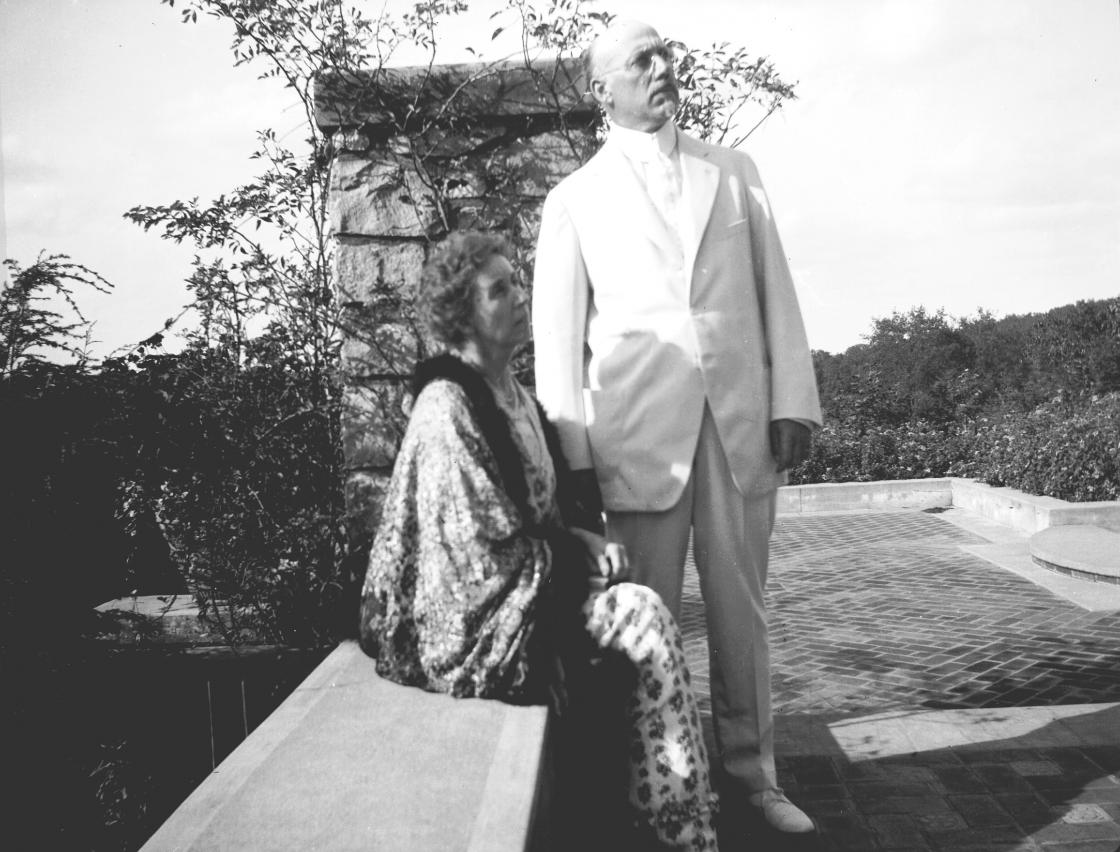 A Fortune in Publishing

This period of the Booths' lives coincided with the building of their extensive fortunes. Given an opportunity to join the executive ranks of the Scripps family's publishing empire in 1888, George Booth worked closely with his father-in-law to build the News into Detroit's largest daily, a process that was repeated at other Scripps-owned newspapers throughout the Midwest.

As a private investor, George also began to purchase interests in several Michigan newspapers which, combined with others already owned by his brothers, Ralph and Edmund Booth, eventually led to the establishment of Booth Publishing Company, the most extensive and profitable chain in Michigan's history. 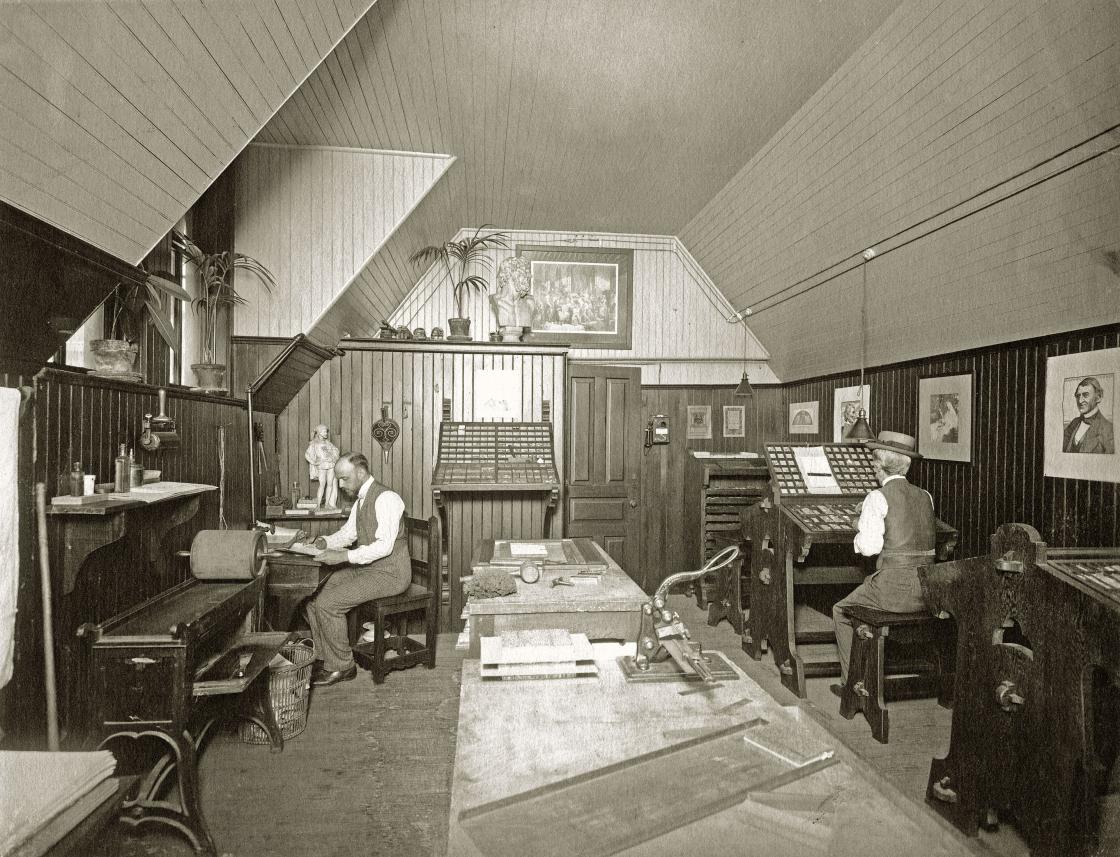 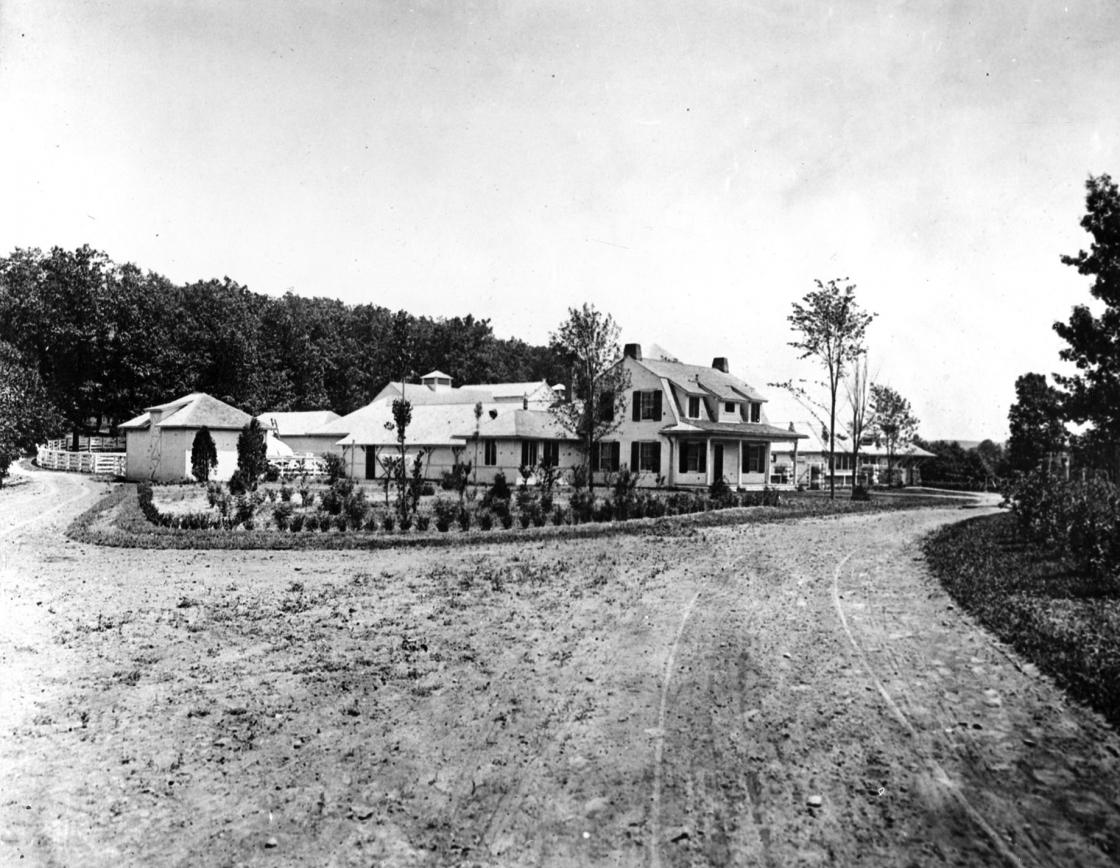 As joyful as their home life in Detroit was, George and Ellen Booth longed to establish themselves in the country, where they could play out their dreams of developing a fine estate on a far larger scale than was possible in the city.

In 1904, they purchased a run-down 174-acre farm in Bloomfield Hills, named it Cranbrook after the English town the Booth family hailed from, and immediately began improving the property by laying in roads, grading hillsides, creating lakes, erecting farm buildings and initiating a massive planting campaign to cover the barren rolling terrain.

For the first few years, the Booths spent only their summers at Cranbrook. Winters were spent in their Detroit home where George Booth began to develop plans for the family's country residence. 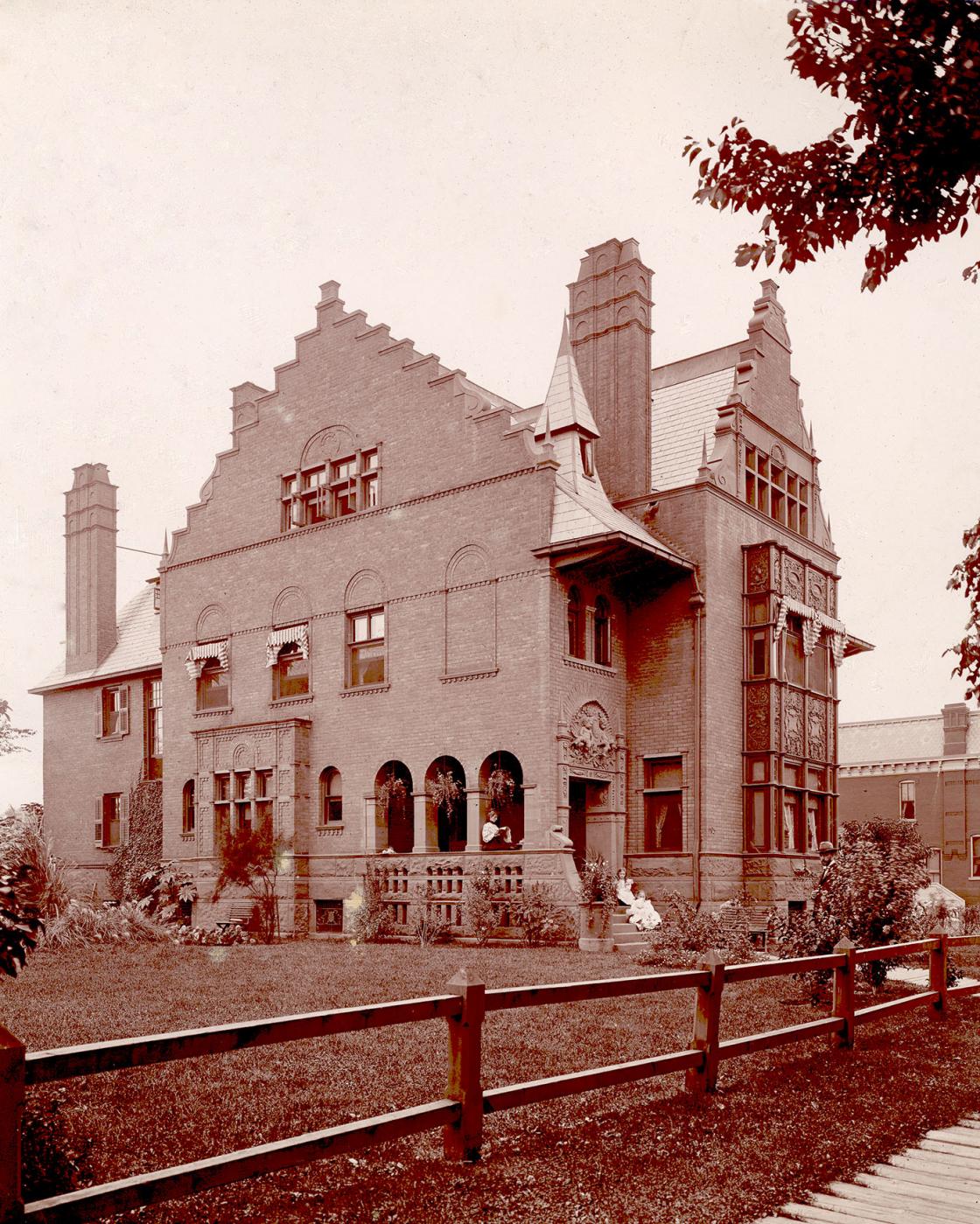 Home of George and Ellen Booth at 605 Trumbull Avenue in Detroit, 1898. Courtesy of Cranbrook Archives. Source 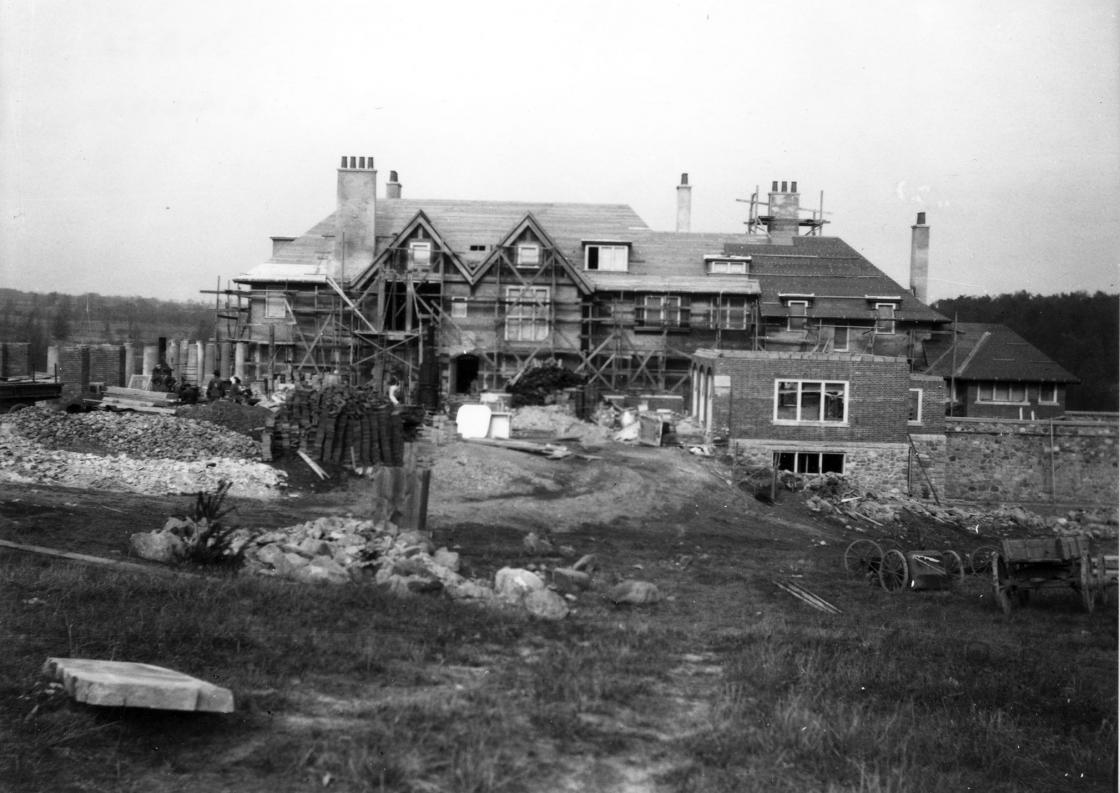 The death of James Scripps in 1906 precipitated plans for a full-scale move to Cranbrook. Anticipating the sale of their Detroit home to the Scripps estate and an eventual gift of the property to the Detroit Public Library, Booth called upon his long-time friend, the noted Detroit architect Albert Kahn, to prepare working drawings for the building of Cranbrook House.

Kahn responded with an English Arts and Crafts-inspired design that closely followed the style of his own home in Detroit (which now houses the Detroit Urban League). Ground was broken for Cranbrook House in January 1907 and the Booths took up residency in their new home in June 1908, not long after celebrating their 21st wedding anniversary.

The Booths were the first family of means to live year-round in Bloomfield Hills.

George Booth and the American Arts and Crafts Movement

Although nicely appointed, the estate was far from completed in George Booth's mind. Work on the homestead continued steadily throughout the years, as outbuildings and wings were added, terraces extended, and gardens developed around the house.

The most significant work was done between 1918 and 1922, a time which witnessed George Booth's emergence as one of the principal patrons and leading spokesmen of the American Arts and Crafts movement. As befitting his interests in fine craftsmanship and design, George personally commissioned tapestries, wood carvings, furniture, metalwork, glass work, fine bindings and other decorative items from the workshops of leading American and European artisans and crafts firms for placement in Cranbrook House.

He also acquired several important works of art by old masters for the residence. George’s work did not go unnoticed; by the end of the early 1920s, Cranbrook House was being hailed nationally for its beauty and for the exquisite quality and caliber of its many treasures. 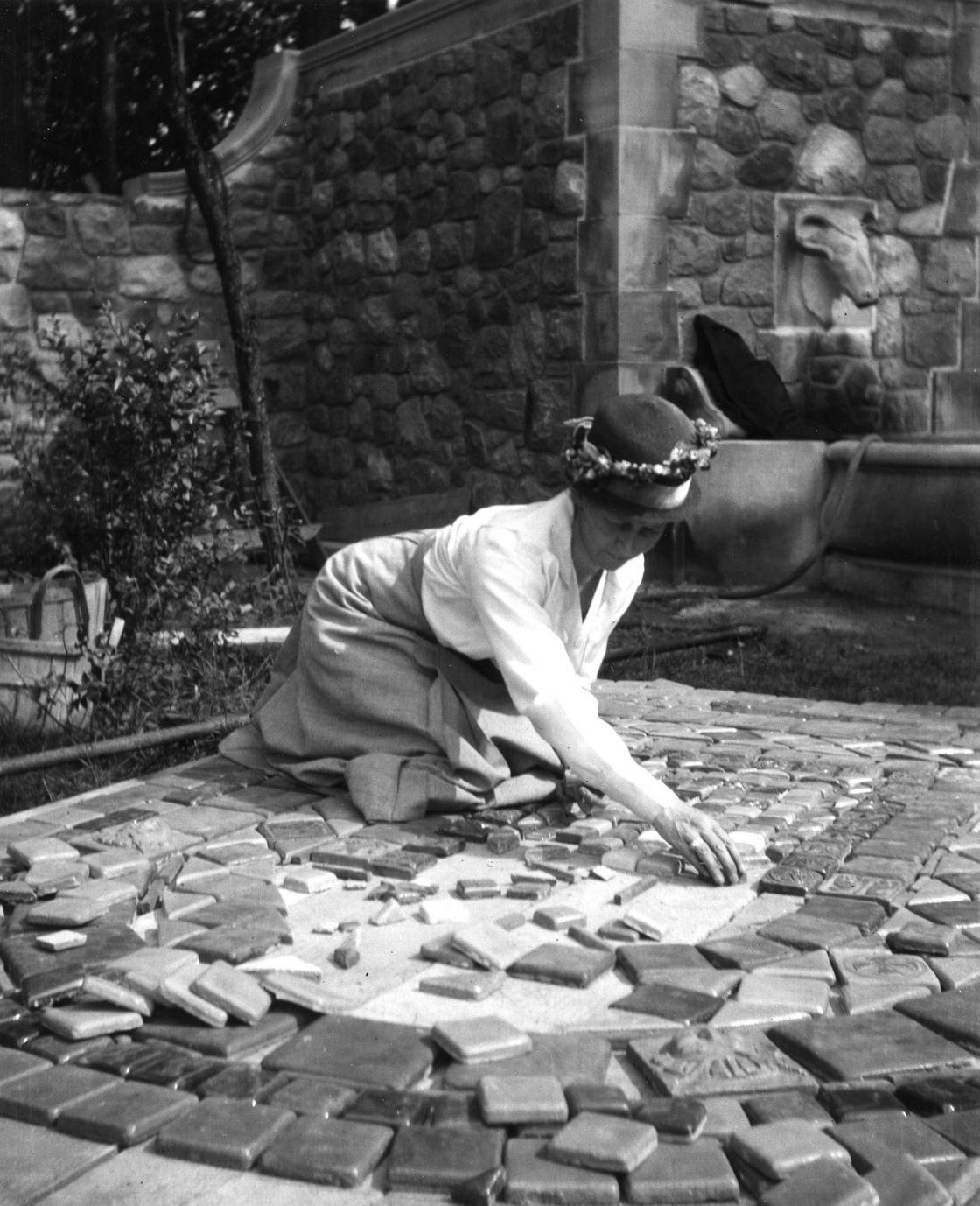 Believing that their country estate should be given over to a larger public purpose, the Booths shifted their attention after 1922 toward the building of six institutions at Cranbrook: Brookside School for children, Christ Church Cranbrook, Cranbrook School for boys, Cranbrook Academy of Art, Cranbrook Institute of Science and Kingswood School for girls.

They considered several potential uses for their own home - including a girls' junior college, art and science museums and even offices for the Detroit Symphony Orchestra - but, in the end, opted against making such a decision themselves. Rather, having gifted most of the major works of art in the house to the Cranbrook Academy of Art (and most of the upstairs furnishings and personal items to the family), they deeded the home, its remaining contents and surrounding property to the Cranbrook Foundation in 1944.

Remarkably, the founders of Cranbrook lived out the remainder of their lives at Cranbrook House under a life trust and not as owners 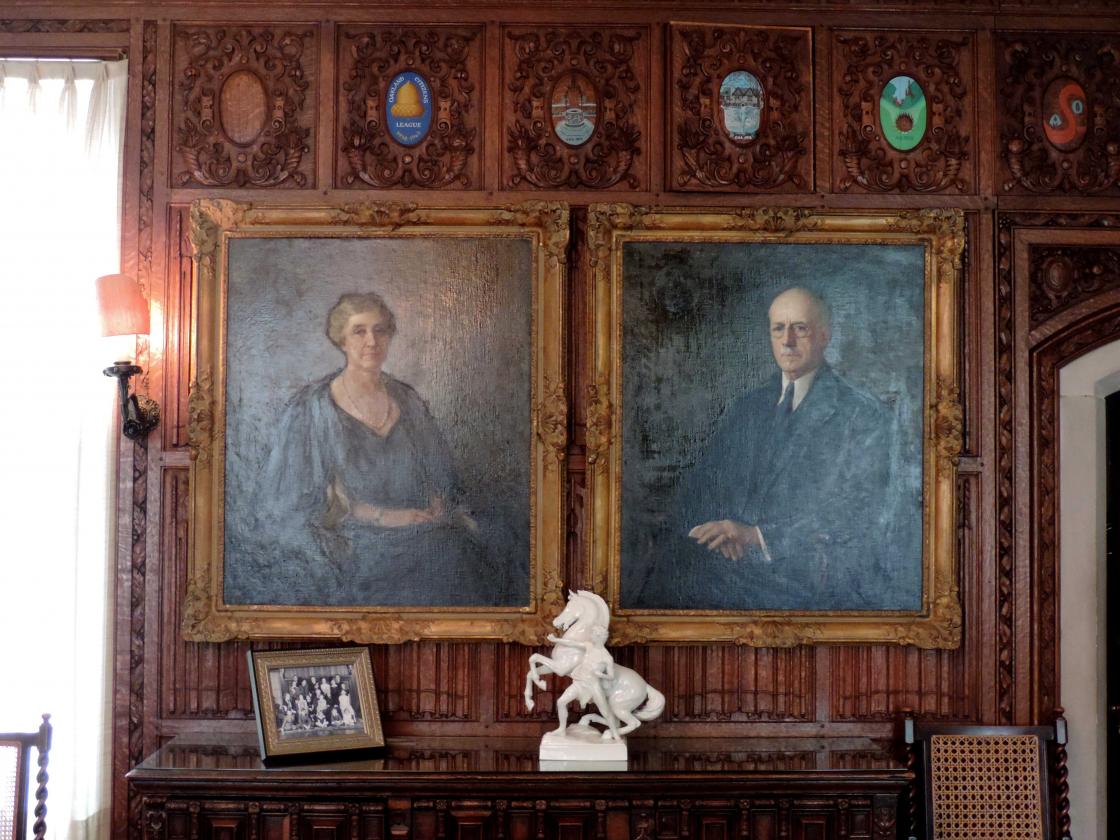 To Bulldoze or not to Bulldoze...

Apart from occasional receptions, parties, concerts, meetings and tours, Cranbrook House received little regular use in the years immediately following the passing of George and Ellen Booth. Burdened by the expenses of maintaining the house, the Cranbrook Foundation became increasingly weary of administering the home for no apparent reason.

In 1966, as the trustees deliberated demolishing the house and subdividing the property, former Foundation executive director Henry Scripps Booth - the youngest son of George and Ellen Booth - moved his office into the west wing of the house. He subsequently was joined by regular Foundation personnel, and by the early 1970s, the house was well on its way to serving as the administrative hub of Cranbrook. This mission was reinforced after the 1973 creation of the Cranbrook Educational Community, the trust under which Cranbrook operates today.

In 1971, Henry Scripps Booth and a small group of concerned individuals, organized what would later become the Cranbrook House & Gardens Auxiliary with intentions to preserve, maintain and share the Booth’s historic manor home and forty acre estate. Over four decades and hundreds of thousands of volunteer hours later, the non-profit organization still carries on that mission.

Cranbrook Center for Collections and Research

To learn more about Cranbrook's rich history, please visit Cranbrook Center for Collections and Research, home of the Cranbrook Archives.